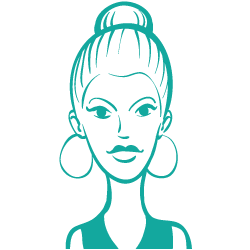 Want to make your home heart warming? Looking for ideas to make your garden more inviting? Curious about tips for tying it all together? Hello, my name is Mitzi, and I truly believe that my home is my sanctuary, and I want it, as well as my garden, to be full of elements that make me and my guests feel positive. In this blog, I am going to provide you with heart warming tips and ideas to help you as you design your home's interior and exterior. Please, explore, and if my ideas inspire you, I invite you to share them with your friends.

Referred to as colonial shutters in the UK and plantation shutters in tropical parts of the world, Californian shutters are now widely used in Australian homes to add a certain amount of charm and sophistication to an interior design. There are plenty of reasons to choose plantation or Californian shutters for your home. Utterly practical, they perform well in a variety of settings. Read on to take a closer look at why this style of window treatment is becoming increasingly popular in all parts of the country.

The look of Californian shutters is ideal for older Australian properties. They just fit in remarkably well with Victorian age dwellings—places where they might have first been installed before being removed in the mid-twentieth century for other fittings, such as curtains. The classic style they afford is not restricted to buildings of more than a century's age, however. As their name implies, modern shutters of this type are used in contemporary architectural settings all over the west coast of the United States and there is nothing old-fashioned about them. They'll fit in with an up-to-date Australian building without looking retro. As such, they are great in homes, offices and commercial places like hotels.

Unlike curtains and roller blinds, Californian shutters are able to control the light that flows into your home with a superb level of control. With a dropping blind or a pair of curtains, you can only control the light flow in one direction or the other. However, because Californian shutters are fitted with louvres, these can be adjusted to restrict the amount of sunlight from entering your room but still allow enough light for you to see clearly inside. Furthermore, why choose external shutters—which are either fully opened or closed—when you could have this sort of internal shutter system providing you with full control over the power of the sun?

With your windows open you are able to keep a breeze going throughout your home which is a big advantage in summer if you want to remain cool. However, open windows can be an invitation to thieves to enter your property. In addition, opening your windows and curtains may well mean that you are overlooked and you can feel a distinct loss of privacy, as a result. Californian shutters allow your home to be fully aerated and, since they are fitted on the inside of the window frame, they restrict both physical access and unwanted visual penetration into your home.